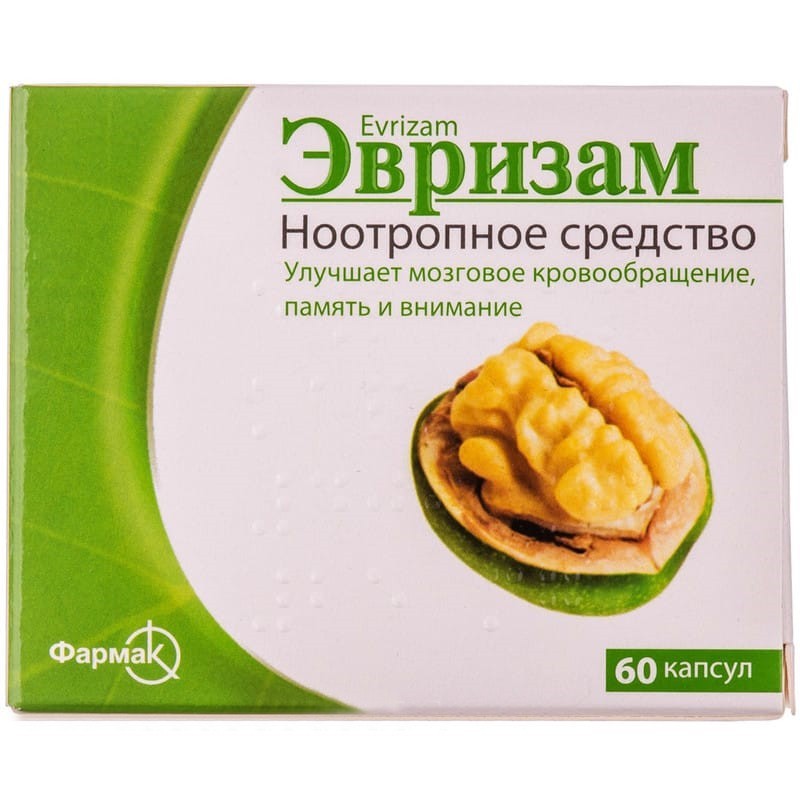 Cinnarizine is a blocker of calcium ions and histamine H1receptors. It has vasodilating activity mainly against cerebral and coronary vessels, due to both the direct effect of the drug on the smooth muscles of blood vessels and its antagonism to certain endogenous vasoconstrictors (norepinephrine, angiotensin). Also potentiates the vasodilating effect of CO2 on the vessels of the brain. Systemic blood pressure, contractility and myocardial conduction are not significantly affected. Increases red blood cell elasticity and decreases blood viscosity. As a result of antihistamine H1-activity shows a weak sedative effect, reduces the excitability of the vestibular apparatus, reduces the tone of the sympathetic system, increases the resistance of tissues to hypoxia.

Pharmacokinetics The combined drug is rapidly and completely absorbed in the digestive tract. The therapeutic effect is manifested in 1-6 hours.

Cmax piracetam in plasma is observed after 2-6 hours.

Piracetam is distributed rapidly to all important organs.

Piracetam does not bind to plasma proteins and is not metabolized in the body, it penetrates well into tissues, the BBB and the placenta. Piracetam is excreted unchanged in the urine after approximately 30 hours.

After 1–4 h, the maximum level of cinnarizine is determined not only in the blood, but also in the liver, kidneys, heart, lungs, spleen and brain. It binds to 91% with plasma proteins. Cinnarizine is actively metabolized in the liver. About 30% of the metabolites are excreted in the urine, the rest through the intestines. T½ - about 4 hours

Capsules eurizam should be used orally after meals, without chewing, with water.

Diseases of movement: 1 capsule half an hour before a walk, repeated every 6 hours.

The course of treatment is 1-3 months. Do not use for longer than 3 months. It is possible to conduct 2-3 courses per year.

Children. Do not use in children.

From the immune system: hypersensitivity, including anaphylaxis.

From the vestibular system: vertigo.

From the musculoskeletal system: muscle stiffness.

On the part of the blood system and lymphatic system: hemorrhagic disorders.

Evrysam may cause irritation in the epigastric region; taking the drug after a meal will reduce the irritation of the gastric mucosa.

Avoid the use of Euryzam in porphyria.

Due to the fact that piracetam reduces platelet aggregation, it is necessary to prescribe the drug with caution to patients with hemostatic disorders, conditions that may be accompanied by hemorrhages (gastrointestinal ulcer), during major surgeries (including dental interventions), and patients with severe symptoms bleeding or a patient with a history of hemorrhagic stroke; patients who use anticoagulants, platelet antiplatelet agents, including low doses of acetylsalicylic acid.

The drug is excreted by the kidneys, so it is necessary to pay special attention to patients with renal failure. With long-term therapy for elderly patients, regular monitoring of renal function indicators is recommended; if necessary, the dose should be adjusted depending on the results of creatinine clearance studies.

Use the drug with caution in patients with liver failure.

The drug contains lactose. Therefore, patients with rare hereditary forms of galactose intolerance, lactase deficiency or glucose-galactose malabsorption syndrome should not use this medication.

Do not use the drug after the expiration date indicated on the package.

Acenocoumarol. Clinical studies have shown that in patients with severe recurrent thrombosis, the use of piracetam in high doses (9.6 g / day) did not affect the dose of acenocoumarol to achieve a prothrombin time (INR) of 2.5–3.5, but with its simultaneous a significant decrease in platelet aggregation, fibrinogen level, von Willebrand factors (VIII: C; VIII: vW: Ag; VIII: vW: Rco), blood viscosity and blood plasma was noted.

Pharmacokinetic interactions. The probability of changing the pharmacodynamics of piracetam under the influence of other drugs is low, since 90% of the drug is excreted unchanged in the urine.

At a concentration of 1422 μg / ml, slight inhibition of CYP 2A6 (21%) and 3A4 / 5 (11%) was noted. However, level Kі of these two CYP isomers is sufficient when exceeding 1422 μg / ml. Therefore, metabolic interactions with drugs that undergo biotransformation by these enzymes are unlikely.

Antiepileptic drugs. The use of piracetam in a dose of 20 mg / day daily for 4 weeks or more did not change the curve of the concentration level and Cmax antiepileptic drugs in blood plasma (carbamazepine, phenytoin, phenobarbital, sodium valproate) in patients with epilepsy.

Cinnarizine. Alcohol / CNS depressants / tricyclic antidepressants: concomitant use may enhance the sedative effect of any of these drugs or cinnarizine.

Diagnostic procedures. Due to the antihistamine action, cinnarizine can mask positive reactions to skin reactivity factors during a skin test, so the use of Evrysam should be discontinued 4 days before it.

In the original packaging at a temperature not exceeding 25 ° c.